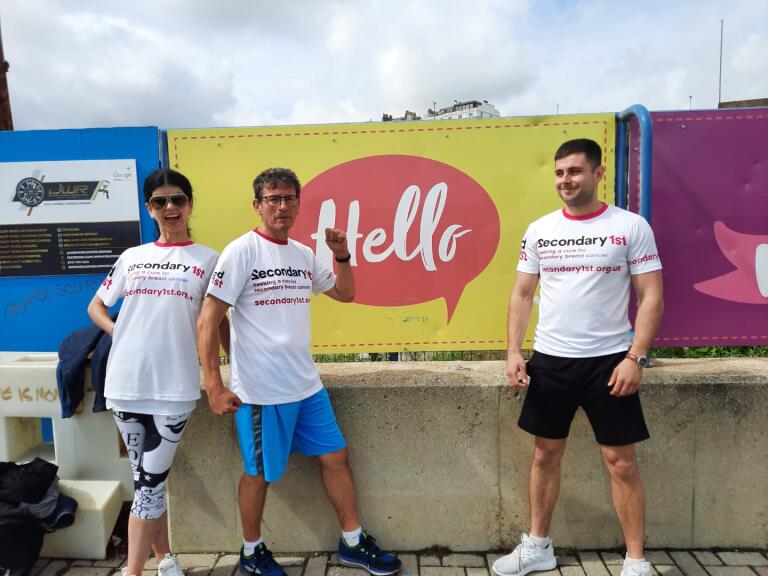 Having come back to earth after the thrill of his skydive in April Tim has been joined by Lyndell and Harry in preparation for the Brighton Marathon in September.  They are training hard and have already been over the course, which starts in Preston Park, takes them along the coast road, through Hove and back past Brighton Pier to the finishing line at Madeira Drive, 42.195km later.  They are now preparing for the event itself.