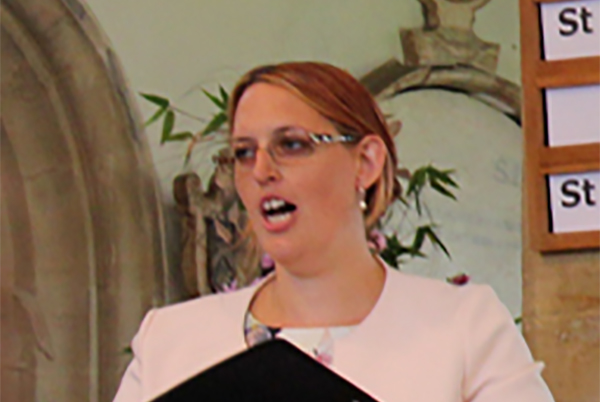 Katie’s Story by her Mother 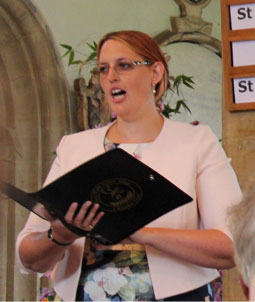 Katie started as Head of Music of a school in Maidenhead in September 2016; she was 29 years old. It was at the end of October that she discovered a lump in her left breast and went straight away to have it checked out. The doctors took all the right procedures but did reassure her that it probably would not be anything to worry about. However, they weren’t too happy about the first biopsy so did a second one and once the results came back (a few days after her Master’s Graduation Ceremony) she was told that it was cancer and it was aggressive. By the time all the investigations were done she started her primary cancer treatment. Having discussed with her oncologist about working she was given the go ahead to work during treatment. She did however opt to teach just her exam groups so keeping the risk of infection to a minimum. We had one hiccup when there were a few weeks when we thought that it was in her liver but after a number of scans the results came back negative; although there did not seem to be a reason for the shadows in the liver, we were reassured. The school were so supportive and went along with all Katie’s plans.

During July 2017 we were full of optimism that she was through the worst and we had a wonderful day at her greatest friend’s wedding (a day we will never forget) before Katie insisted that she should be rescanned just to put our minds at rest. Our worst fears were realised when the results showed that the cancer had spread to both her spine and liver. We knew then that she would have an uphill battle and she restarted chemo just before the start of the Autumn term. This time round she was determined to teach all year groups as she had missed the younger years. Again, the school were so supportive and did everything to help Katie. She did not want too many people to know as she wanted to be herself at all times. It transpired that only 7 people knew in the school. Her friends were magnificent in their support for her but she did not want anyone to feel sorry for her and was so stoic in the way she approached things. Life was for living and that is one thing she did so well.

Over the autumn and winter, it became apparent that Chemo was not working and when there was one break in her Treatment her greatest friend said a weekend in Vienna was needed. They had the most fantastic weekend and it was a welcome break before a new plan decided by an oncologist at the Royal Marsden. This involved more Chemo and radiotherapy. Each scan Katie had, the results got worse and we all did realise that her life would be short, but she was determined to live it to the full. We had a really happy Christmas and it was only in February that she started to get a nagging pain in her liver, which she controlled with over the counter painkillers. It was around then that Katie went into overdrive wanting to do so much both at work and at play. We were lucky enough for her to spend 10 days at home with us over Easter and we did so many things including jigsaws and board games. 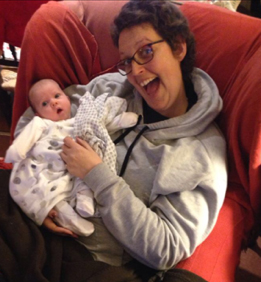 Katie Johnston with her niece – December 2017

The start of the summer term saw her in more pain but determined to carry on working. She worked endlessly to make the summer concert the best she had ever done. I went Reading for what we now know was her last consultation and she admitted that having done the concert the evening before she felt her body had been through not one, but at least 6 marathons. The consultation brought the news that everything in her liver had doubled in size and that there no longer seemed to be a plan although Katie was going to be referred back to the Royal Marsden. Katie only went back to work for one more day before falling foul to pneumonia. She spent 4 days in hospital before coming back to Dorset to recuperate. Due to the pneumonia she was in a fair bit of pain and absolutely exhausted. However, she was pleased with the fact that, once she had recovered, she could return to school and say to her pupils that she had been off due to pneumonia and not cancer. This was Katie through and through. We managed to get her to London a couple of weeks after her pneumonia kicked in. Although not really well enough, it was important to her to see her friends and do the things she enjoyed the most: Musicals and Tea at Fortnum’s and Masons. I had driven her up and collected her otherwise it would not have happened.

The following weekend we enjoyed the Royal Wedding and she saw her cousin the next day who said she was looking much better, even if she was a bit frail. It was that night that she buzzed me on my mobile telephone at 2am to say she was struggling with her breathing and we called for the paramedics who took her to Salisbury District Hospital. Sadly, by the time she reached hospital her heart had stopped twice but they were honouring her wishes to be resuscitated. She died at just after 5am; she was only 31. It was totally surreal, but we have to be thankful that Katie’s suffering was kept to a minimum and that, had they managed to resuscitate her, she would have just had to face up to reality that her life was going to be very short. She died totally independent (she had been worried about the cancer spreading to her brain and losing her independence). She had been looking forward to friends coming to see her as half term was about to start. We had no idea her life was in danger as she left home for the hospital. Katie was so immensely brave and courageous and loved her work. She said it was great to be able park her cancer at the school gate and just be Head of Music.

We have been to the school for a tribute concert and it was the first time we had had an insight into her working life. The concert was put on by all her pupils who have been devastated by her death. They performed with such poise and confidence; the tributes were so overwhelming and they sang their hearts out. She always wore a smile and was always joking. She loved her pupils and inspired so many of them into music, both the musical ones and the ones who were not so capable; through her guidance they found a confidence they never thought they had. It is a testimony to Katie that 65 pupils came to Sherborne Abbey to join in the service to celebrate her life and to sing their hearts out. Even though we have been devasted to have lost our lovely daughter far too young, we can look back on life with no regrets as she lived it to the full and was totally selfless. She gave her all and was a real doer. What more could we have asked for? Her only frustration was that she had merely touched the surface of what she wanted to do as Head of Music.

Katie was a fun loving, brave, courageous and inspirational person who did no let this disease get to her. She did have dark days but with the help of family and her amazing friends she coped so incredibly well. As I have said before we have to be grateful that her suffering was short, but we do so miss her.