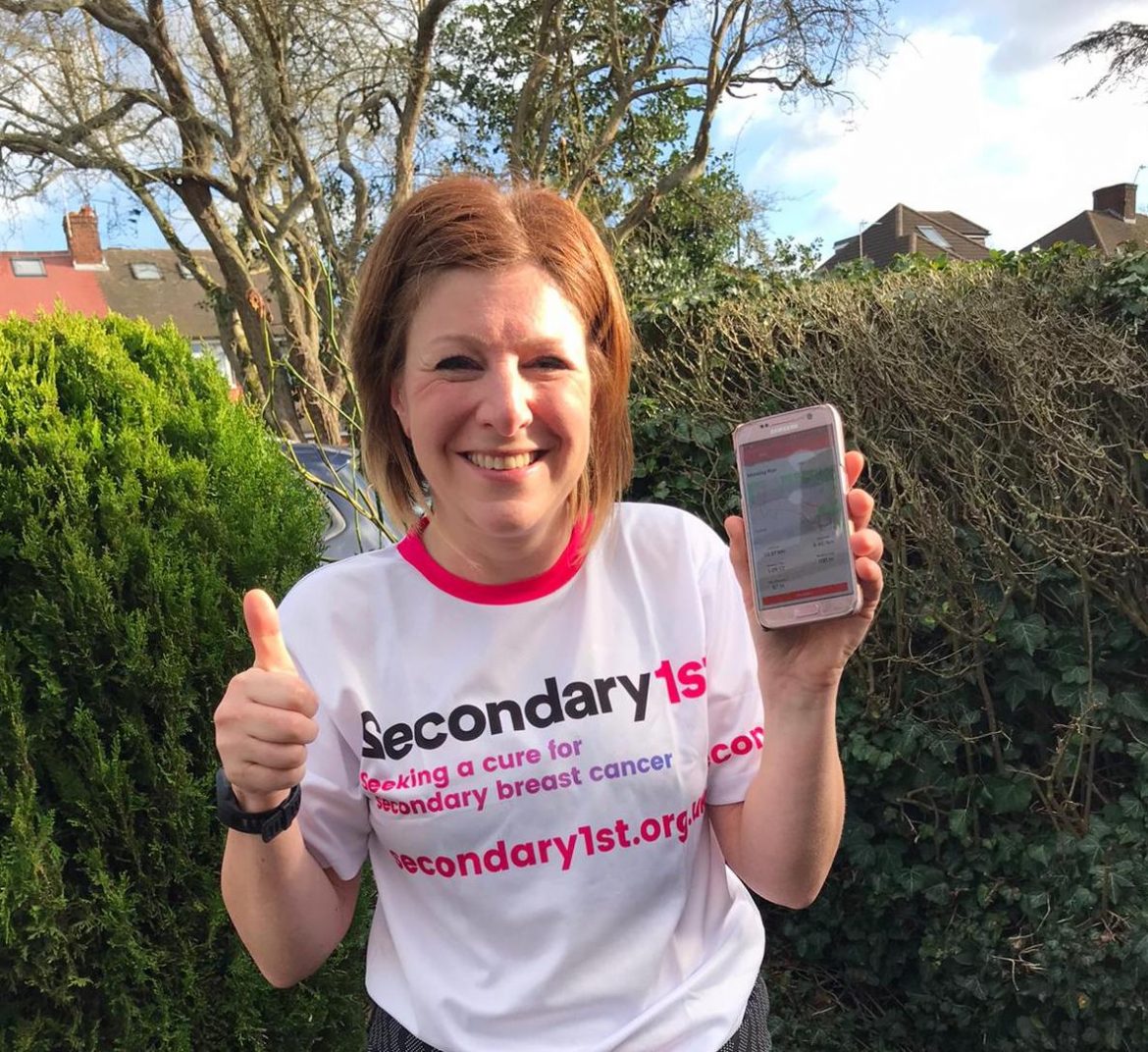 Deborah had signed up for the London Winter Run to raise money for Secondary1st in memory of her late mother, who had passed away ten years ago.  Storm Ciara forced the organisers to cancel the event but Deborah refused to be beaten by the weather.  Two days later she completed a 10 km run on her own through the local streets in weather that was sunny but cold with the wind against her.  She was determined to complete the challenge for her Mum and all the people who had sponsored her.