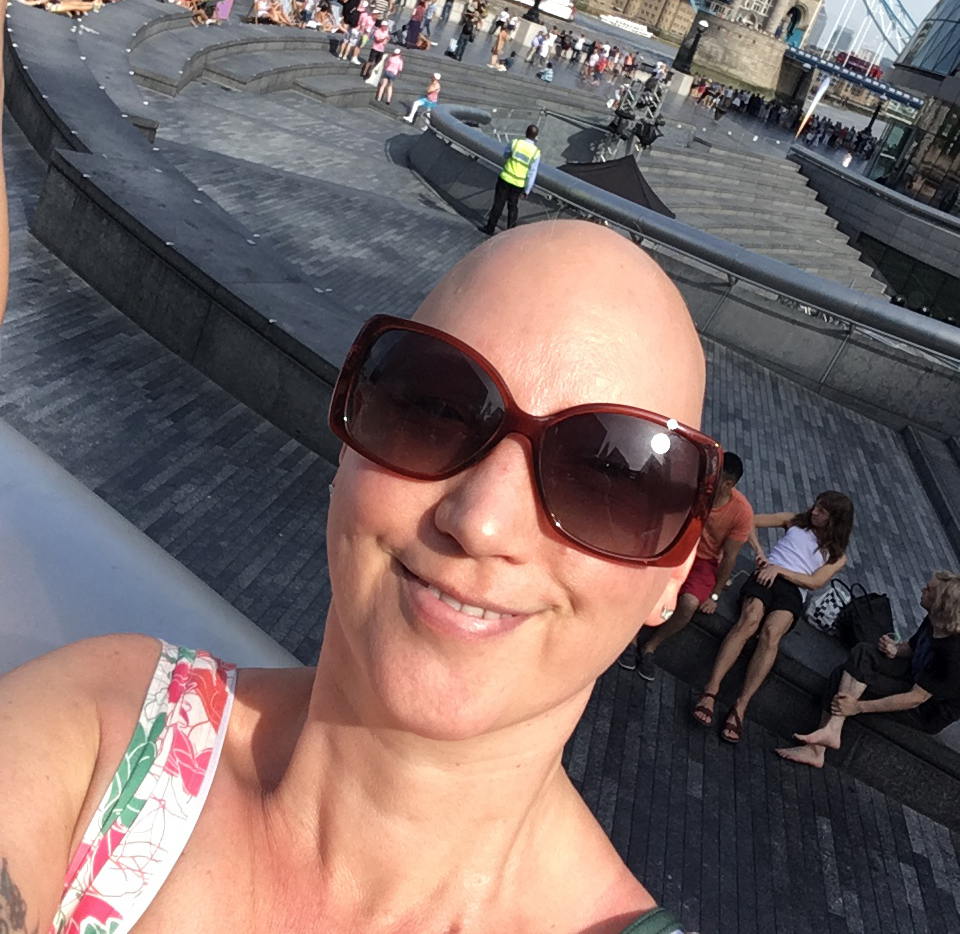 “I would say to anyone else in my position, that we might be incurable but we’re still important. Take time for yourself”

Charlie is 39 years old and lives in Camberwell, South East London. She is a property lawyer at Winckworth Sherwood and has 3 lovely cats, Charlie was diagnosed with triple negative stage 3 breast cancer in March 2017. Three weeks later, after various scans and tests, she was told the cancer had already spread outside the breast – to her spine, lymph nodes, chest wall and clavicle area – and she was in fact stage 4. So far she has had 6 months of different types of chemotherapy, followed by an unsuccessful lumpectomy and mastectomy. Charlie is currently undergoing radiotherapy which will last for 5 weeks. She has opted not to have breast reconstruction.

I’m doing okay! There are good days and bad days, and I am still living with some side effects of the chemo. My biggest issues are peripheral neuropathy (nerve damage) in my feet, problems swallowing and digesting food, and general fatigue.

My biggest challenge has probably been not being able to go to work. I love my job and used to work long hours, always giving it my all. I was very career focused and ambitious. Work was such a huge part of my identity, and having to step back from that (albeit hopefully temporarily) and relinquish control has been difficult. I miss ‘the old Charlie’ in that respect. I’ve also struggled with physically not being able to do everything I used to, and definitely no longer being able to rush around at a hundred miles an hour! 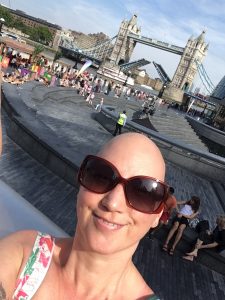 My diagnosis has made me reassess what’s important in life. As clichéd as that sounds, it’s true. I’m learning to be kinder to myself and to ask for help when needed (not something I’m used to!). I’m spending more time with my friends and family, which is hugely important, and trying not to sweat the small stuff anymore!

I would say to anyone else in my position, that we might be incurable but we’re still important. Take time for yourself.

What has really helped me is speaking to other ladies in the same position as me. I’m in an online support group and I also attend a monthly secondary group run by Breast Cancer Care. I’ve made some wonderful friends through these groups. As great as my friends and family have been, there’s nothing quite like the support of others going through it.

I’m really keen to help raise awareness of secondary breast cancer generally. I had never heard of it until I was diagnosed, and I’d like to change that for the future. I sometimes feel that all the positive statistics and press surrounding breast cancer is misleading, as it relates to primary breast cancer. Us ladies with secondaries seem to be an invisible group. We may not be able to help with all the positive statistics (we are the ones that die, after all), but we’re still here, contributing to society and trying to live our lives. Many of us are still working, or are full time mummies, and we’re important too! In addition to helping with secondary breast cancer awareness generally, for me it’s also really important that more research is put into triple negative breast cancer. So little is known about it, and that needs to change. There are likely to be many more sub-categories of cancer contained within this triple negative class. We need to find out what they are, what they’re receptive to, and then ultimately drugs to stop progression. It’s scary that chemotherapy is presently our only option.