“My advice for friends and family is just to be there” 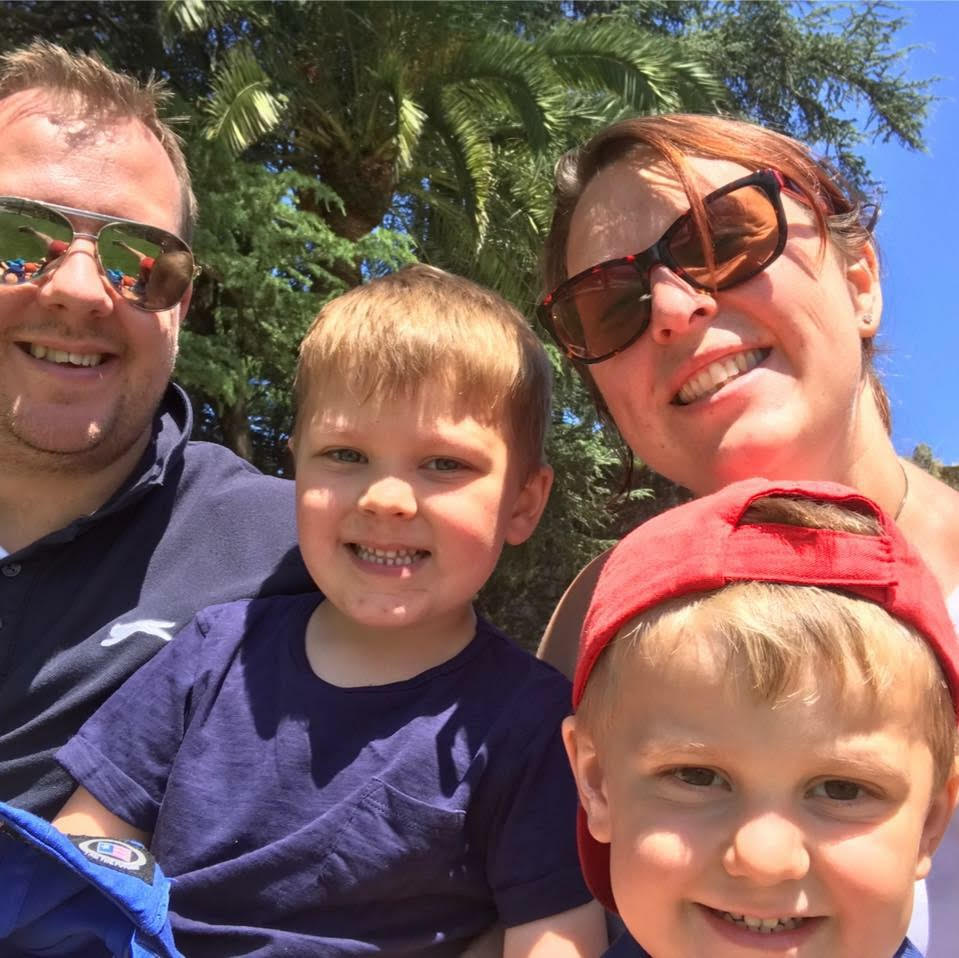 Kim is 33 years old, married and has two boys aged 3 and 5. Kim was originally diagnosed with primary triple negative breast cancer in October 2014 when she was 30 years old and her youngest son was just 6 months old. She was referred by her GP to the breast clinic straight away, she thinks due to her family history of breast cancer. She had chemotherapy first, then a lumpectomy and lymph node clearance but then had to have a mastectomy followed by 15 rounds of radiotherapy. Two months after she had finished all treatment she had a follow up appointment with her oncologist where he did the usual checks which included an examination of her remaining breast. He felt a lump. An ultrasound and a biopsy later, it was confirmed that the breast cancer was back in the other side. Another mastectomy with node clearance, more chemo and more radiotherapy followed and a few months later a lymph node in her chest was confirmed as cancerous. Her surgeon, who Kim describes as “wonderful” decided she would go in and remove it, and for about 6 months Kim was able to live ‘cancer free’. In April 2017 she had a routine scan that picked up nodules in her lung. Following another scan 8 weeks later which showed they had grown, she was diagnosed with secondary breast cancer.

So it’s been a couple of months since my secondary diagnosis and I’m doing OK. It’s been a lot to get my head around but I’ve not crumbled like I thought I would. I think it’s because deep down I knew this would happen, especially after the cancer had come back twice so quickly. I never entertained the idea that I would actually stay cancer free.  I have just started oral chemotherapy and so far it’s going fine.  I will be having four rounds of this chemo and then will be having a scan to see if it’s working. I’m scared because chemo hasn’t worked too well up till now, but I won’t think that far just yet.

My biggest struggle has been keeping a ‘normal’ life for my children as they are too young to understand what’s going on. I’m exhausted most of the time but they still want to play and go on exciting days out. The guilt from not being able to do that a lot of the time is awful. Thankfully we have lots of family and friends that live nearby so I take advantage of that and they take the boys on trips. When I have the energy I make sure I have fun, whether it be with my kids or my husband or both. I also find it incredibly difficult hearing people talking about the future. I cannot engage in this talk particularly when they’re talking about what their kids will be like when they’re older. This breaks my heart as I probably won’t know.

The one thing my diagnosis has taught me is live for the moment. If I want to do something, within reason, I’ll try and do it. In the last 4 months we have been to New York, Las Vegas and on a cruise! I don’t have the time to wait around to do things…

My advice for people recently diagnosed with secondary breast cancer is to talk to people in the same situation. They know what you are going through and can help you. I’m still new to it all really and still finding my feet but I find the best thing to do when I’m feeling anxious is to talk about it.

My advice for their friends and family is just to be there. Don’t get scared about what to say and just fade away. Say you’re sorry. Don’t say it will be OK – because this time it’s not going to be. Just be there for them. If they are your close friend, then be normal. Still try and make them laugh, still invite them out – but don’t get offended if they decline or if they cry when they are out. Do not give up on them. Oh and cook them food…..they will not want to make meals!

I’m very lucky with my friends and family, they help us out whenever they can and I can talk to them about most things. For the stuff I can’t or don’t want to talk to them about I have a couple of Facebook groups I am on where I can pretty much discuss everything and anything, and they totally understand.

I support Secondary1st because there are not enough charities out there that focus on secondary cancer. I find it awful how little research goes into secondary breast cancer even though it’s the only type that actually kills! Even though we never met, I knew Rosie through an online support group called YBCN (Young Breast Cancer Network) and I was truly devastated when I heard of her secondary diagnosis. I remember very clearly reading on this forum the outcome from her scan. I was sitting in a Tesco car park and I cried. I was crying for her, and I was crying because I was scared it could happen to me. We need to do all we can to stop this happening.